Peter S.R. Olson is an attorney who handles a wide variety of matters, including: litigation (civil, family, and criminal), transactional, and business formation/advisement in Kona and Kamuela.

He was born and raised in South Kona on the Big Island of Hawai`i. He is the son of John L. Olson, founder of the firm. Peter has assisted his father at the firm since he was five years old. 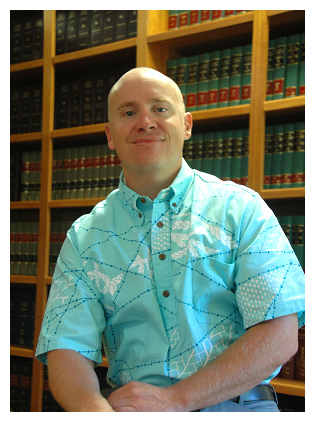 Peter received his Juris Doctor and Environmental Law Certificate from Univerisity of Hawai`i at Manoa’s William S. Richardson School of Law in 2005. After law school, he clerked for the Honorable Glenn S. Hara in the Third Circuit Court in Hilo.

Thereafter, Peter became a Deputy Public Defender for the State of Hawai`i. Peter has participated in 100s of Bench Trials and numerous Jury Trials with success.

He has been an avid outrigger canoe paddler since he was five years old. Mr. Olson’s passion is paddling his one person outrigger canoe (OC1) down-wind in Hawai`i’s channels. Mr. Olson is a veteran paddler of the `Alenuihaha (Hawai`i to Maui), Pailolo (Maui to Moloka`i), and Kaiwi (Moloka`i to O`ahu) channels. Peter S.R. Olson is also a life-long student of Hawaiian History, Language, and Environment.

In addition to numerous trial court victories, as the trial attorney and/or appellate counsel, Peter S.R. Olson has successfully preserved the record and appellate issues in the following cases resulting in a favorable outcome at the appellate level: