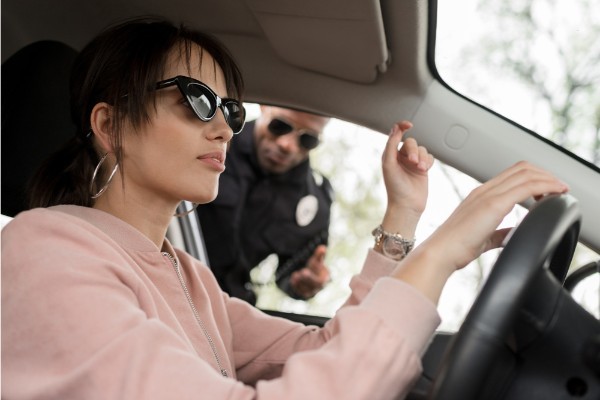 Hawaii is an implied consent state. Whether they know it or not, drivers give police officers permission to administer chemical tests, including the Breathalyzer, when they sign their drivers’ licenses. They may revoke that permission later, but this revocation has consequences, in the form of drivers’ license suspension.

About a fourth of all arrestees accept these consequences and refuse to provide chemical samples. In response, the state could suspend the arrestee’s drivers’ license for up to a year for a first refusal, and up to five years for a subsequent refusal.

The resulting Administrative License Revocation proceeding often allows a Kona DUI lawyer to lay the groundwork for a successful defense. Yet a large number of defendants fail to request these hearings. As a result, they lose a potentially golden opportunity to beat DUI charges in court.

Some people do not request hearings because they miss the deadline. Hawaii’s pe-hearing procedures are quite complex and decidedly defendant-unfriendly.

Initially, drivers must contest ALR license suspension by mail. The state automatically suspends your drivers’ license for the maximum period if you fail to dispute the suspension within three days of your arrest. That’s not very much time, especially since the ALR suspension notice is usually buried under a mound of arrest paperwork.

Additionally, if the Administrative Drivers’ License Revocation Office, which it always does, you have only six days to request a hearing.

What Happens at the ALR Hearing?

Other people do not fight the suspension because they figure there is no way to win. Indeed, the odds are stacked against drivers.

At the hearing, an ADLO employee usually serves as judge, jury, and executioner. The same person hears the evidence, assesses the evidence, and metes out punishment. Moreover, this evidence must only establish that the police officer had probable cause to ask for a chemical sample. Finally, since this hearing is not a criminal matter, many of the normal Constitutional protections do not apply. For example, drivers can be called to testify against themselves, in violation of their Fifth Amendment rights.

Fortunately, your Sixth Amendment right to counsel remains in place. And, an experienced Kona DUI lawyer may make a significant difference, despite the long odds for success.

How do Kona DUI Lawyers Benefit?

“Probable cause” has no legal definition. However, it is a legal standard between reasonable suspicion, which is basically an evidence-based hunch, and beyond a reasonable doubt, which is the standard of evidence in a criminal trial.

In these instances, the state is hard-pressed to establish probable cause, even in this environment. So, the hearing officer often reduces the suspension period or probates part of it. These outcomes are significant, because driving on a suspended license is a serious offense in Hawaii.

Additionally, win or lose, Kona DUI lawyers get to cross-examine the arresting officer under oath. So, the ALR hearing is basically free discovery. If the officer’s testimony at trial contradicts the ALR hearing testimony in any way, a Kona DUI lawyer may attack the officer’s credibility. Given the low regard many jurors have for many police officers, any credibility lapse could be fatal to the prosecutor’s case.

On a final note, you have nothing to lose by requesting a hearing. At worst, the hearing officer will impose the maximum drivers’ license suspension, and that would have happened whether you requested the hearing or not. Moreover, your Kona DUI lawyer can probably obtain an occupational drivers’ license, so you can legally drive on a limited basis even though your license is suspended.

The Stakes Just Got Higher

Hawaii has passed a “highly intoxicated” law that requires stricter penalties against those arrested with very elevated blood alcohol content. The law demands longer license suspensions in addition to a mandatory 48 hours behind bars for first-time offenders (no DUI in the previous ten years) and 10 days for repeat offenders.

The license revocations can be even worse than jail time. First-time offenders lose their driving privileges for six to 18 months, while repeat offenders face revocation for one to three years. The advocacy of an attorney at your ALR hearing usually results in a lower suspension period and an occupational license allowing you to drive to work during the revocation.

DUI attorneys understand the strengths and weaknesses of the case and argue against weak evidence to win better terms at the ALR hearing. In addition, serious flaws in the evidence may entitle you to have the revocation period reduced or eliminated.

Don’t pass on the chance to fight your drivers’ license suspension. For a confidential consultation with an experienced Kona DUI lawyer, contact Olson & Sons, L.C. We routinely handle matters in Hawaii County and nearby jurisdictions.